Many people think of tabletop role-playing games as a monolith, a space occupied solely by heavyweights like Dungeons & Dragons, Pathfinder, and a handful of other AAA titles. Of course, that’s the same as saying that the only two video games are Fortnite and Grand Theft Auto Online. In truth there is a glorious spectrum of modern tabletop RPGs, filled with novel games ranging in size from self-published micro-games to full-fledged make-believe worlds.

One of my favorite ways to keep track of the best tabletop RPGs is the annual Ennie Awards, handed out each year since 2001 at the annual Gen Con tabletop gaming convention. Gen Con is moving online this year, and so are the Ennies. This week, organizers announced the nominations for Product of the Year. We’ve included all the nominees in our roundup below.

The Ennies are unique among gaming awards. Judges are volunteers, who follow a strict set of ethical guidelines. Chief among them is the vow not to have any professional relationship with any RPG publisher in the lead up to the awards. They help ensure that the Ennies aren’t just a popularity contest by winnowing down the dozens upon dozens of submissions to only the very best. Once the short list has been created, voting on the final winners is open to all.

This year the voting period runs from July 3 through July 12. You can find the complete list of nominees for every category at the Ennie Awards website.

Created by the mother and son team of Terri Cohlene and Ross Cowman, BFF! — Best Friends Forever is a beautiful role-playing game that celebrates “girlhood, friendship, and adventure.” Players select from 17 different standees to represent themselves at the table, each one delightfully illustrated by cartoonist Taylor Dow. Then they head off on an adventure via a lavish map, hand-painted by Veta Bahktina. Gameplay is heavy on improvisation, with scenes set in primary school and middle school.

The Deck of Many Things

The Deck of Many Things isn’t an RPG at all, but a supplement for the 5th edition of Dungeons & Dragons. They are reference cards, with information on all of the spells in the Player’s Handbook — including cantrips — up through level five. The high-quality, lenticular cards have an eight-frame animation that shows the effect of the spell in question in a Tarot-sized format.

A complete set — which includes a bonus deck of Animated Things, based on the wondrous item from D&D lore — runs for $300.00, and is currently on sale for $249.00. The team at Hit Point Press also offers a digital version. 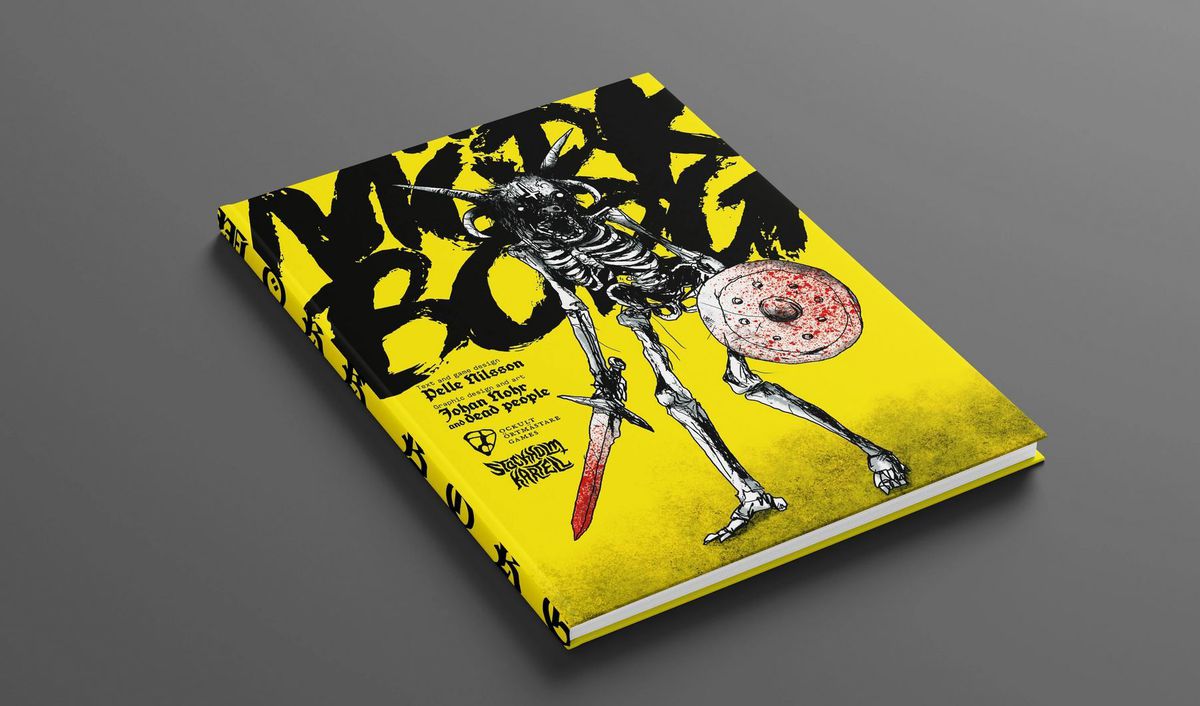 From Free League Publishing — the same team behind the award-winning Tales From The Loop-themed RPG — comes a hardcore game called Mörk Borg Artpunk RPG. Described as a “pitch-black apocalyptic fantasy RPG,” it’s firmly entrenched in the old-school revival (OSR) genre, which celebrates the original tabletop games of the 1970s. Anyone who misses the devilish themes of first-edition D&D or who revels in the Dark Souls universe will get a real kick out of it. Otherwise, it also serves as an excellent coffee table book.

Mörk Borg Artpunk RPG is on sale right now through July 6 at 50% off at the Free League online storefront. It’s also available on Amazon.

Quest represents a profound rethinking of the RPG genre, one that has been custom-made for people who are new to these sorts of games. The core book itself is described as more of a guide than a reference manual, and character creation is accomplished via Mad Libs-style fill-in-the-blank character sheets. The game was created by T.C. Sottek, managing editor at our sister site The Verge, and edited by Polygon’s editor-in-chief Chris Plante. The gorgeous art is the work of Celia Lowenthal.

You can purchase the game on the official website, where there’s a host of free downloadable materials — including a starting adventure. 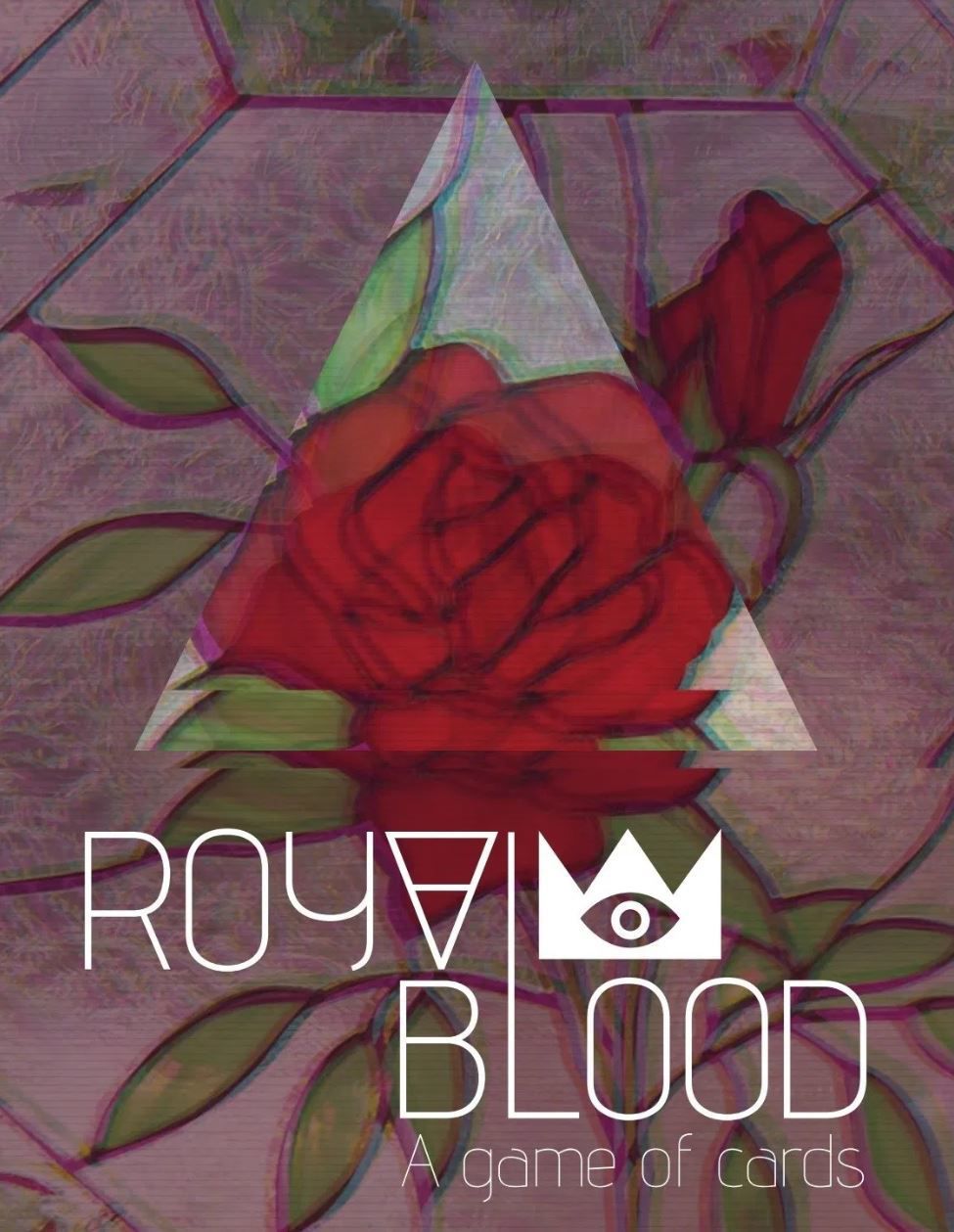 Royal Blood is the latest rules-light RPG from the team at Rowan, Rook and Decard. Perhaps best known for Honey Heist, a comedic single-page RPG about bears stealing honey, this time around they’ve gone a slightly more traditional route.

To play the game, all players need is the rules booklet, a deck of Tarot cards, and a few coins. Players take on the role of the human characters in the deck, and are up against the decks’ more ephemeral characters. From the official description:

YOU are a Royal – half-magic, half-human. You’re one of the court cards from the tarot deck – the impetuous Princess of Wands, the calculating Knight of Pentacles, the empire-building Queen of Wands, and so on. You use magic like a brick through the window of the world.

THEY are the Arcane – Death, The Hanged Man, The Devil, The Lovers, The Star. They are reality-bending monsters that wear human skin like a suit.

TONIGHT, before dawn, you are going to corner one of them and take their power for your own in a heist the likes of which the worlds have never seen. The city is going to burn. It’s going to be beautiful.

You can find the game — which is available as a softcover and as a digital version — on the official website. 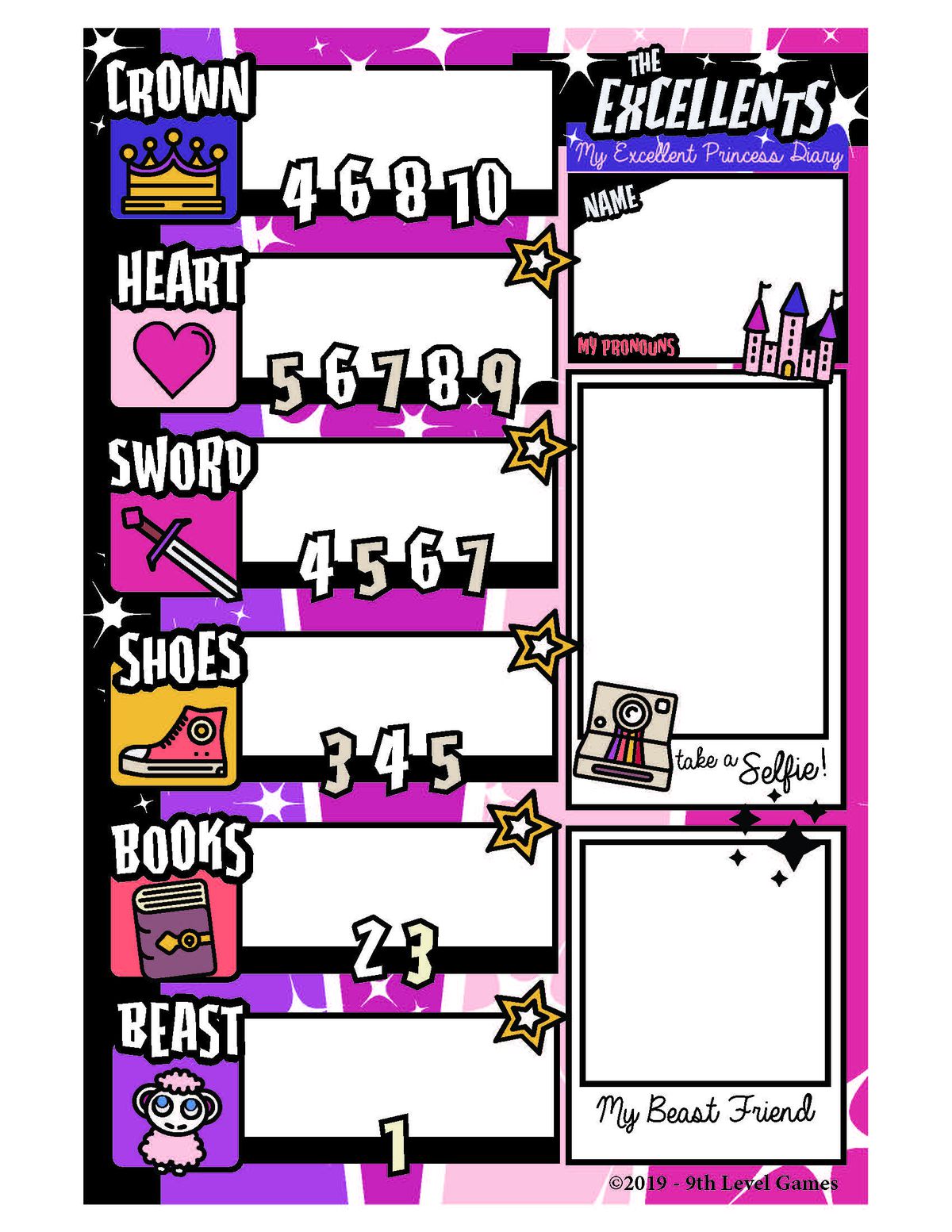 A character sheet from The Excellents Image: 9thlevel Games

Fans of high-fantasy, femme-forward adventuring should check out The Excellents by Adriel Wilson and Chris O’Neil. The RPG runs on the Polymorph system, created by the team at 9thlevel Games, and only requires a single die for each player at the table. To run an adventure, players must fill out a Princess Diary, form a band, and then follow the lead of the Game Mistress. Stats include Crown, Heart, Sword, Shoes, Books, and Beast. You can pick up a copy on the official website.

Tim Hutchings’ Thousand Year Old Vampire has been getting lots of attention since its Kickstarter campaign was funded in 2018. It’s a solo game — although it can also be played with groups — that relies on written prompts. Players take on the role of an immortal, and must deal with the consequences of their immoral acts as single-sentence experiences. That sentence then becomes a memory. Players are limited to only five memories overall, and must make the difficult decision on what to forget and what to keep with them as they move on in their journey.

A downloadable version is available now on itch.io.

Trilemma Adventures Compendium Volume I by Michael Prescott is a celebration of old-school RPG illustration, and a fantastic collection of short dungeons and adventures to boot. It’s fully compatible with 5th edition Dungeons & Dragons and plenty of other systems, and would make an excellent gift for your favorite Dungeon Master. Available as a hardcover book for $66, it includes an illustrated bestiary, unique magical items, and lots of bonus material like adventure hooks and in-fiction handouts. It also comes with a free PDF version of the book. It’s also available on DriveThruRPG.

Witch + Craft is an add-on supplement for 5th edition Dungeons & Dragons inspired by Studio Ghibli’s Kiki’s Delivery Service. It adds a new skill set known as “domestic magic” to the game, adding to the color and texture of fantasy worlds. It allows you to build a fighter who is also a carpenter, a wizard who happens to be an award-winning chef, and more. The book also comes with an all-new adventure setting called Cape Verdigris, a land filled with skilled craftspeople and a fun adventure to explore. It’s available in a print and a digital version for $35 and $10 respectively.

Zombie World is a card-based RPG that should be just the thing for fans of The Walking Dead or Naughty Dog’s The Last of Us. Players begin by creating their enclave of survivors, and then make their way out into a dangerous world filled with the undead. The game boils down more complex concepts into physical systems that are easily managed at the table. The full kit includes a slim, 36-page rulebook, play mats for the Game Master and up to eight players, over 100 cards, and a dry erase marker. Copies range from $24.99 to $59.99.