Just a week after announcing premium Ultra 4K Android TVs, Vu is launching affordable 32-inch (HD) and 43-inch (Full-HD) Cinema Smart TVs. These affordable models start as low as Rs 12,999 and will be competing against the likes of Xiaomi and Realme in the segment. The new Vu smart TVs come with smaller sizes, 40W in-built soundbars and as well as Android TV 9 Pie with voice-activated Google Assistant.

In terms of specifications, the 32-inch model comes with a 1366×768 HD LED panel while the 43-inch model has a 1920×1080 Full-HD screen. And that’s pretty much the biggest difference between the two models. The displays also have Adaptive Lumia Control, PC and Game Mode, Digital MPEG Noise reduction, and Cricket Mode. The TVs are powered by a quad-core CPU and a dual-core GPU with 1GB of RAM and 8GB of storage. 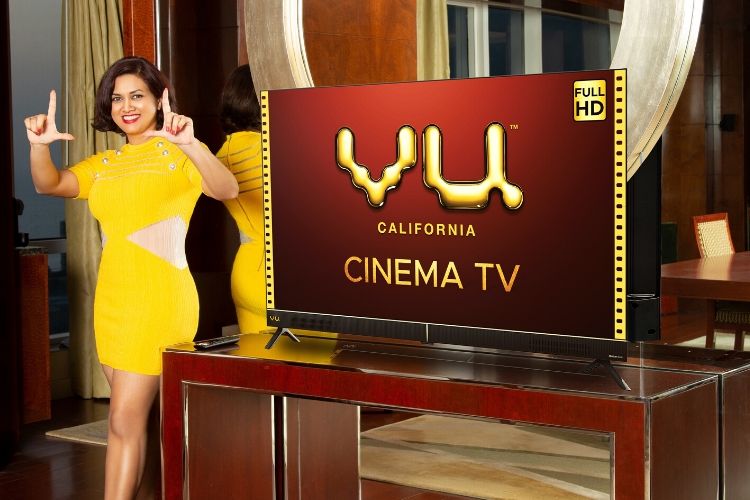 The other shared features include Dolby Audio for the 40W soundbar, as well as Chromecast support for Apple AirPlay, and Screen Mirroring. In terms of connectivity, both the two models have WiFi 802.11, Bluetooth 5.0, three HDMI ports (two on the 32-inch), dual USB, Ethernet, AUX, and Optical Audio output. Both models come preloaded with Netflix, Prime Video, Hotstar, YouTube and Google Play. The remote has dedicated buttons for each of them. The voice assistant feature supports, apart from English, Hindi language as well.