In many ways, the Harry Potter franchise changed how an entire generation looked at magic. “It is the Star Wars of a different generation — it’s ingrained, and it’s something everybody knows,” says Brett Matthews, the showrunner of the supernatural CW show Legacies. “Harry Potter gave us a whole lexicon for how these things work.”

J.K. Rowling’s series has become such a seismic pop-culture force that today, when TV creators address magic or witchcraft, they’re very conscious of operating in her shadow, as well as within the long history of witchy storytelling on screen. The challenge for shows like Legacies, Netflix’s Chilling Adventures of Sabrina, and Freeform’s new witch-combat drama Motherland: Fort Salem is finding fresh ways to push the boundaries for onscreen magic without losing sight of viewer expectations, or the elements that have made witchcraft and wizardry such compelling subject matter for fantasy fans. 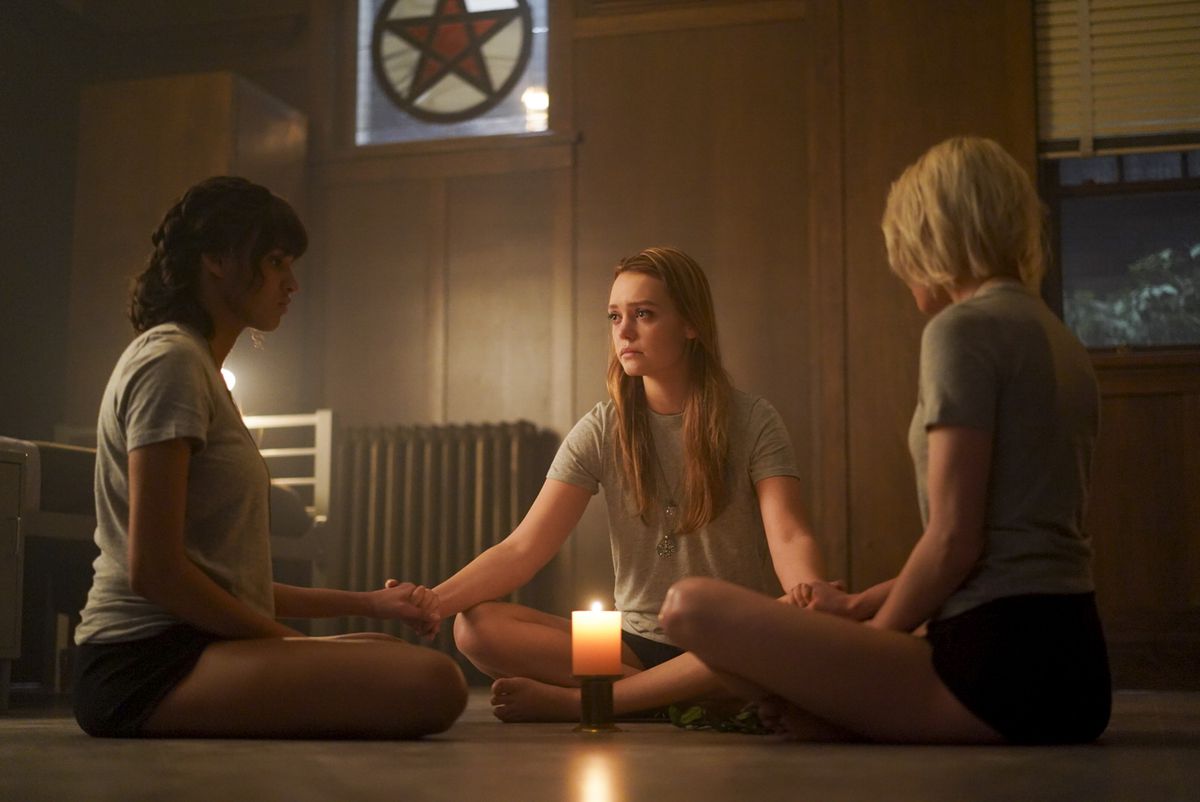 A brief history of screen witches

Witches have been a favorite onscreen story element since the beginning of screen entertainment, going back to the Wicked Witch of the West and Glinda the Good in The Wizard of Oz. (The classic 1939 adaptation of L. Frank Baum’s novels wasn’t the first filmed version of that story, for the record: the silent version The Wonderful Wizard of Oz dates back to 1910.)

Like so many supernatural tropes, witches as a story element go back to folk tales about Baba Yaga and the stories of the Brothers Grimm. In those contexts, witches were often defined as a force of villainy, though as Erica Jong observed in 1981’s Witches, their role in many narratives is directly tied to any given era’s thinking on femininity. As women’s roles in society have changed, witches’ roles onscreen have changed as well, fluctuating between positive and negative, and running the gamut from daffy parents to rebellious teenagers. “The truth is that the witch is a descendant of ancient goddesses who embodied both birth and death, nurturing and destruction, so it is not surprising that she has both aspects,” Jong says.

Whether they’re taking on roles as heroes, villains, or support and information characters, witches represent power. And for Motherland: Fort Salem creator Eliot Laurence, it’s specifically “female power” — which is part of the appeal.

”I just think witches are eternal and fascinating,” he says. “It’s not patriarchal. It’s a power that exists outside that structure, and is even stronger and more compelling.”

In various incarnations over the last century, stories featuring witches have featured wildly different tones. Sometimes they’re charming helpers, like the nose-wriggling Samantha of the 1960s sitcom Bewitched, and its short-lived 1970s spinoff Tabitha. But they’ve certainly skewed darker, like the coven which gathers to impregnate Mia Farrow in Rosemary’s Baby, the merciless coven of witches in Dario Argento’s 1977 horror classic Suspiria, or the mysterious figures skulking in the background in Robert Eggers’ 2015 movie The Witch. Somewhere in between are the goofy yet still malicious women in 1993’s Hocus Pocus. By the time the first Harry Potter book was published in 1997, witches were coming back into vogue on television, with the multi-camera sitcom Sabrina the Teenage Witch on ABC, and The WB’s Charmed, originally starring Holly Marie Combs, Alyssa Milano and Shannen Doherty, about to launch its lengthy run.

The most iconic witch of late ’90s-early/’00s television, though, was on Buffy the Vampire Slayer, as Willow Rosenberg (Alyson Hannigan) began to discover her innate gifts in season 2, and eventually became dangerously obsessed and overwhelmed by magic. The later seasons of Buffy weren’t exactly family-friendly viewing, but by the time the series was close to wrapping, young adults who wanted to experience a world of onscreen magic had a fresh new take, thanks to The Boy Who Lived. The serialized nature of the Harry Potter franchise gave it the same audience-commanding power as a long-running popular television series, especially because Rowling was able to deliver seven books over the course of 10 years. (That’s an impressive turnaround that A Song of Ice and Fire fans may find infuriating.) The first novel in the series, Harry Potter and the Philosopher’s Stone (renamed Harry Potter and the Sorcerer’s Stone in 1998, when Scholastic published it in America) book sold more than 120 million copies. The film series has made more than $6.5 billion at the box office, and Money.com has calculated the worth of the Harry Potter brand as $25 billion.

The first book draws on Joseph Campbell-esque mythic tropes: a young hero escapes his humdrum life for a “mysterious adventure,” and returns home permanently changed. Unlike so many other stories about magic, Harry Potter takes what seems to be a vaguely gender-neutral approach — while male students at the Hogwarts School of Witchcraft and Wizardry are never called witches, female students sometimes are. Plus, both genders wear what anyone would typically define to be a traditional pointed witch’s hat, straight out of the Wicked Witch of the West’s closet.

Rowling hasn’t said much about why Harry Potter centers on a male protagonist. But she has said that she used her initials for her pen name because her publishers told her she had written a book “that will appeal to boys” and “they didn’t want the boys to know a woman had written it.”

Her series has treated magic as a power unlinked to gender, though, which may explain part of its near-universal appeal as a franchise. But also, there is the fact that after the first book, the series fall into an important pattern, typically beginning with a birthday celebration for the Boy Who Lived, then tracking a year of his life. Readers literally got to experience Harry growing up. And an awful lot of them were growing up at the same time. Naturally, they began looking for new stories about magic, capable of feeding their Potter-stoked interests, but suitable to their new maturity — and also returning to the underlying themes that have kept witches an enduring part of our culture. 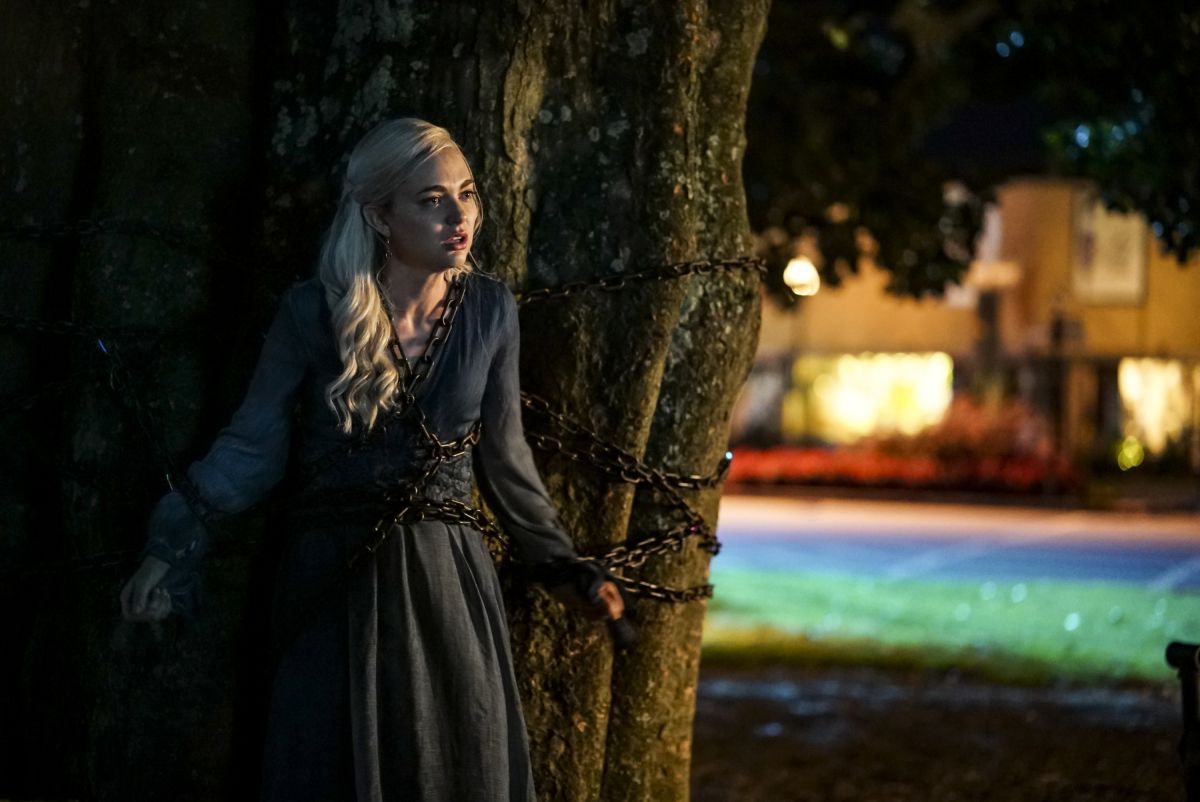 The CW’s Legacies is set at the Salvatore Boarding School for the Young & Gifted, where young witches, vampires, werewolves and other supernatural folk learn to master their abilities. Showrunner Brett Matthews says, “I don’t know that everybody would have got their heads around the show so easily in a world where Harry Potter and Hogwarts didn’t exist, because that’s just in the lexicon now.”

Matthews and creator Julie Plec already had established mythology for what it meant to be a witch on their show: Legacies is a spinoff of The Vampire Diaries, and follows its rules for magic. But, they decided, they wanted to differentiate Legacies by skewing away from the grimness of Vampire Diaries and an earlier spinoff, The Originals, which included character deaths, overdoses, and torture. “The world had grown increasingly dark,” Matthews says. “We’re a reaction against that darkening. Everybody’s doing those dark stories, and I get it. But our show is ultimately about friendship and hope … Our witchcraft is still powerful and dangerous, but it’s also a source of community and happiness, and the simple joy of somebody being able to do something magical.”

For people who’d prefer that uglier side of storytelling in their magic stories, though, there are plenty of television options. From the beginning, Netflix’s Chilling Adventures of Sabrina has been scarier than the earlier sitcom version of the Sabrina story, starring Melissa Joan Hart. Over the first few seasons, the imagery has gotten more intense as Sabrina’s darker impulses as a blooming witch have led her down a path toward becoming the literal Queen of Hell.

Meanwhile, Motherland, which launched on March 18 on Freeform, takes a particularly skewed look at witchcraft on screen. The show takes place in an alternate universe where, centuries ago, women with magical powers made a deal with the United States government to use their abilities in service to the nation. In modern times, this means young women make up the most powerful military force in human history, which has led to a wildly different social order.

Creator Eliot Laurence tells Polygon that beyond being fascinated by the female power embodied by witches, his attraction to the subject matter was personal. “I think witches are the eternal other. I’m a queer person, so I think there’s a certain kinship there. It was really compelling to me to start to think about this ‘other’ group being war heroes and national heroes and patriots and the symbol of America.”

The team felt free to explore those ideas, Laurence says, because “The whole thing about witchhood in this series is, it’s bigger than sexuality, bigger than race, class, anything. It just obliterates all of those labels in a really refreshing way … It’s not a patriarchal power. It’s a power that exists outside that structure, and is even stronger and more compelling.”